So Small Yet So Huge.

It all began in 1918 when 21-year-old Pierre Chauvin opened the Union Canning Company in Union, Louisiana, and began canning fresh figs, blackberries, cane syrup and other items in his backyard. In 1946, he partnered with Clay Englade, moved operations to Ascension Parish, and changed the name of the company to Gonzales Product Co., Inc. Today all our products are still produced in Gonzales.

Chauvin and Englade introduced their first canned red bean product, based on a recipe Chauvin learned from his grandmother. From the get-go, the beans were award winning, taking the top prize at parish fairs all over Louisiana. For that reason, they named what would become their signature product “Blue Ribbon Creole Cream Style Red Beans,” and then eventually renamed the company Blue Runner Foods. While a blue runner is both a fish and a snake, the company name comes from fact that the actual ribbons that make up a blue-ribbon medal are called “runners.”

Today, Blue Runner is an iconic brand that produces a variety of dried bean products as well as Creole meal bases and soups. 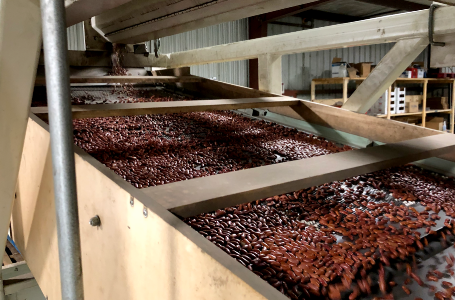 BLUE RUNNER KETTLE
We cook over 20 million pounds of red beans a year in custom-made kettles instead of in individual cans, which makes them taste better. While Blue Runner Foods has been around for more than century, we’ve never deviated from the slow-cooking methods that put South Louisiana on the culinary map.

Blue Runner Runs in the Family.

Blue Runner is a family-owned and operated company with many long-time
employees whose relatives have joined the team as well. The “Best Red Beans are Blue” because of their dedication, work ethic, and a deep pride in what they do.

Employees of the company say they’re treated like celebrities in the Gonzales community because everybody loves our products and is appreciative of how much the company gives back. More than 60% of Blue Runner employees have been with the company more than 10 years. They say they only create products they would and do feed their own families. 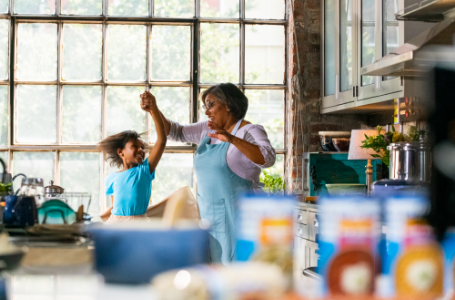 BLUE RUNNER ROUX POT
On gumbo day, we produce 40,000 pounds of gumbo. It all begins with a classic roux, a Creole Mirepoix of fresh-never-frozen vegetables, and the desire to produce easy-to-prepare Creole meals that would get a thumbs up even from “your mama and dem,” as they say in New Orleans.